From oZone3D.Net Forums, the Catalyst 7.9 seems to unleash ATI Radeon 2900 GPU. The Surface Deformer benchmark is a benchmark that requires a lot of vertex processing horse power. With Catalyst prior to 7.9, the score of an ATI 2900 was around 8000 o3Marks (that was already high). Now with Catalyst 7.9, the 2900 gets a score of 15000 o3Marks. Incredible!!! Why such a big big jump in OpenGL performance ?

My first thought is that ATI has managed to use correctly the unified arch of the R600 gpu. With unified arch, the workload is distribued over all shaders processors no matter the type of the shader prog (vertex or pixel). So if the vertex shader needs more processing power than the pixel shader, more shaders processors will be used for the vertex shader. My second thought: unified arch has involved new kernel code for catalyst and simply ATI has optimized the R600 codepath. A driver for a modern GPU like the R600 is a very complex piece of code and optimizing such a code is a huge task…. 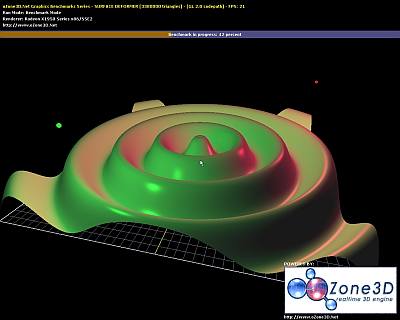